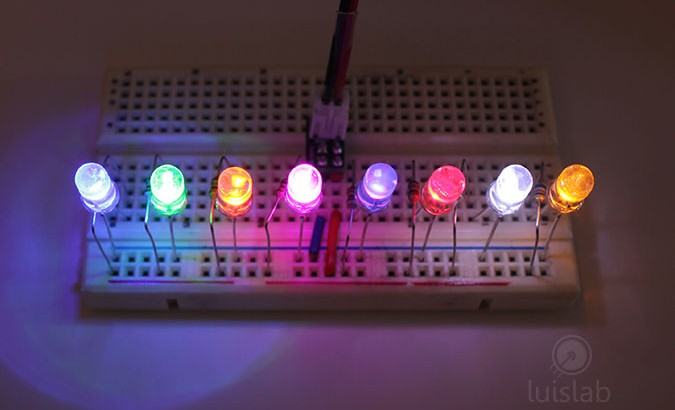 Posted in Tips and Tricks

The simplest method to limit the current into an LED is by using a resistor in series. For best results, the current limiting resistor value required for an LED is determined using the Ohm’s law, by using the LED’s Forward Current and Forward Voltage found on the manufacturer’s datasheet.

Sometimes you don’t have an easy way to determine the LED specifications -like when you grab a bag of those nice unlabeled LEDs of unknown manufacturer-, so I decided to bring together a table with the most common voltages, LED specifications and their current limiting resistor’s values:

Above resistor values are good for using with just one LED and are not recommended for more than one LED in series or parallel. Also, the table above is not suitable for High-Brightness LED which usually draw more current. As I’ve mentioned before, is always better to refer to the manufacturer’s datasheet for better results, so use with caution.

This is just a default widget. It'll disappear as soon as you add your own widgets on the Widgets admin page.